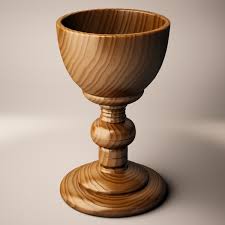 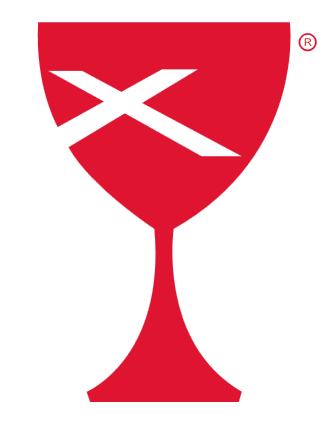 The Story of the Chalice Logo

The logo of the Christian Church (Disciples of Christ) is a red chalice with a white St. Andrew's Cross. The chalice represents the centrality of communion to the life of the church. The cross of Saint Andrew is a
reminder of the ministry of each person and the importance of evangelism, and recalls the denomination's Scottish Presbyterian
ancestry.

After the 1968 General Assembly, the Administrative Committee charged a sub-committee with the task of proposing a symbol for the church.  Hundreds of designs were submitted, but none seemed right.

On January 20, 1970, two men sat down for lunch. With a red felt-tip pen, they began to scrawl a Saint Andrew's cross circumscribed inside a chalice on his placemat.

Immediately, the general Assembly dispatched the crude drawing to a commercial artist and member Of the Central Christian Church of Denver, with the plea that he prepare an artistic version of the idea. He responded with two or three sketches, from which was selected the now-familiar red chalice.

Because most congregations call themselves "Christian Churches," the chalice has become a simple way to identify Disciples of Christ Churches through signage, letterhead, and other forms of publicity.